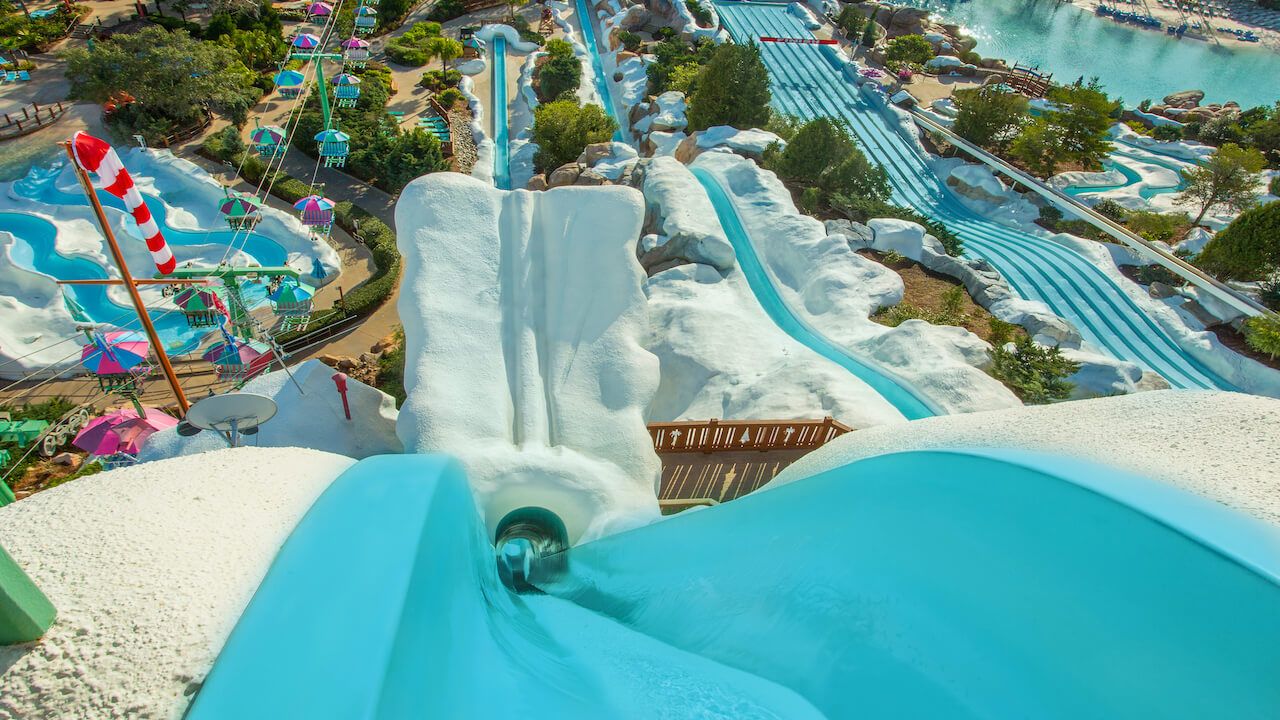 Blizzard Beach one of Disney’s water parks has just reopened after being closed due to the health scare. Today Disney opened its doors to the awesome Blizzard Beach water park

If you are feeling excited to start traveling again and you are looking for some inspiration on where to go when the travel industry gets back to normal why not consider a vacation to the sunshine state?

Florida has some of the most beautiful beaches, awesome theme parks, amazing hotels, plenty of attractions to keep you and the kids busy, and an abundance of shopping outlets and shopping malls to give you a good dose of retail therapy that you need and deserve at this stage! Am I right?

Why vacation in Orlando, Florida you ask?

Orlando, Florida, is an awesome playground for the whole family, and the weather is almost guaranteed year-round as it is along the sunbelt.

The City of Orlando is home to some of the best theme parks, all within proximity to one another, making it easy to travel to including:

Check out the Top 10 Best Roller Coasters rides in Orlando Florida, you just cannot miss them if you are visiting Orlando theme parks.

Orlando also has plenty of awesome water parks to visit to keep the children happy, including:

Orlando, Florida, has some of the best water parks around, and we are so happy to make the announcement that Disney has opened Blizzard Beach, one of their two water parks at Walt Disney World Resort Orlando, Florida, and Typhoon Lagoon is Disney’s second water park due to open some time in 2021 however there is no set opening date for this yet, the word is Disney will open Typhoon Lagoon in late 2021, but finger crossed it will open sooner.

Disney’s Blizzard Beach is well known for its amazing lazy river called Cross Country Creek and its Wave Pool which is called Melt Away Bay.

The water park also has various slides, waterfalls, white water rafting, white water kayaking, and attractions to keep the kids busy for hours. You will find a wide selection of slides at Blizzard Beach, making the park a great option for the whole family.

The theme of Blizzard Beach is that of a Ski Resort with Ski Lifts to take you to the top of the mountain, where you can take the giant slides back down.

It is super easy to get around the Walt Disney World Resort as there are plenty of free shuttle buses that take you from park to park. The best way is to park at the main parking lot at Disney and use their free shuttles to take you to whatever park you want to visit next.

Given the current circumstances of the current health situation, park capacity limitations may be in place and different operating hours may be in effect so make sure to check out the official Disney website for more information about your visit to Disney’s Blizzard Beach Water Park.

What other amazing water parks in Orlando are worth visiting?

Volcano Bay is located just off International Drive at Universal Orlando Resort, and covers over 25 hectares, and features different themed areas such as the largest aqua pool in the world.

Universal’s Volcano Bay is a unique water park that has something for all the family. Volcano Bay features a unique queuing system it calls TapuTapu, the first of its kind where guests can pre-book a spot on a ride with a wristband.

When it is time to ride, the wristband reminds you to go back when it is your turn, cutting down wasted time in long lines and making the park more fun for its guests.

Another advantage of Volcano Bay is that Universal also wanted to cut out guests having to carry tubs around the water park, so for any ride that features a tub, Volcano Bay has it sorted for you.

Volcano Bay is Universal’s first water theme park to boast a theme of tropical paradise, there has been no expense spared, and the attention to detail in this water park is incredible.

The park boasts a huge 200-foot Krakatoa Volcano, and it is the heart of the park and invites guests to venture into its hidden caves, which feature many waterfalls, making you feel like you are in an exotic tropical island resort.

Volcano Bay has been dubbed the “Water Theme Park,” which combines innovative technology and stunning scenery to create a fun-filled action-packed day out for all the family.

Capacity limitations are in place at most parks until health restrictions dictate otherwise, so be sure to check out the official Universal Orlando Resorts page for more information on your visit to Volcano Bay.

Aquatica is a SeaWorld Orlando water park located in the heart of Orlando, Florida, just off International Drive.

The 59-acre water parks include 36 water slides, including a 300-foot-long, enclosed water slide that plunges riders down a 42-foot slope, a lagoon populated by black and white dolphins, and a variety of water slides.

SeaWorld’s Aquatica has been named one of the U.S’s best outdoor water parks by TripAdvisor; Aquatica Orlando is an ideal family-friendly water park.

Aquatica also features a Rain Fortress, which is described as a colorful rain fortress designed especially for the little ones.

Take a ride on the water, where children can hardly wait to dive into the depths, splash about in the shallows and splash around the colorful rain fortress, which is equipped with a water slide and play facilities on an area of 10,000 square meters. Aquatica also features many waterfalls and family slides to have fun on all day long.

The water park also has three restaurants onsite for food, drinks, and snack for your fun-filled day out.

The same advice is offered if considering a visit to SeaWorld’s Aquatica. make sure you check out their official website for more information.

A top tip if you visit Orlando multiple times a year would be to take advantage of a year-round pass as this can work out way cheaper than paying for each visit and especially with the Orlando weather, a trip to the water parks is a must, and it is likely that you will make may visits.

We are happy to make the announcement of Disney’s Blizzard Beach Reopening this month and hope you have liked our blog post about the other amazing water parks in the Orlando, Florida area.